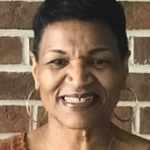 Pat Gaddy, Admin Support Specialist, Communication Technologies-NC State University
I have served for many years on the NC State University Staff Senate as the voice for my constituents and the university staff. As immediate past chair I was honored to be the continued voice not only for the university staff, but also the Senators as I represented on various committees and organizations throughout the university. I strongly believe that all staff is valuable no matter who you are or your job function.

I began working at the University in 1991 and my commitment to service and leadership never wavered. From my first job with the University, working in the campus dry cleaning/laundry room, to my current position as Admin Support to the Assistant Vice Chancellor, my motto has been “Everybody can be great, because everybody can serve.”-Dr. Martin Luther King Jr.

I first served on the NC State Staff Senate during its conception in 1995 and was pleased to have been a part of building the foundation of what currently stands today. During the years that I did not serve on the Senate, I was still working behind the scenes and lending support.

I have been a delegate on the Staff Assembly for the last 4 years. Being a delegate allows me to communicate issues and address events that affect staff beyond NC State campus; while promoting and facilitating staff participation in the university community. The goal of the Staff Assembly is to improve communications, understanding, and morale throughout the whole of our respective communities, and to increase efficiency and productivity in campus operations. As your delegate at large it would afford me the opportunity to continue this momentum as we work together.

In addition to being active in the university community, I am also involved in several community organizations. Since 2011 I have co-hosted an annual scholarship fundraiser which has provided more than $120,000 in scholarships to area youth. Nominated and fortunate to win the NC State University 2018 Equity Award for Women. The award annually recognizes faculty, staff and students for outstanding leadership on and beyond the campus. Leadership is about service and being able to inspire others in ways that create value for the organization. We may not all be able to do great things individually, but we can do small things together that will impact in a great way! Please consider casting your vote for me, Pat Gaddy. 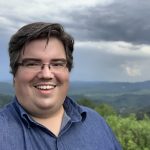 He spent two years as the Staff Accountant for the Charlotte Symphony Orchestra in Charlotte, N.C. before returning to UNCSA as permanent staff in 2014. He has worked for advancement, marketing & communications, digital media and accounts payable before landing in his current role as Bursar, during which time he completed an MBA from UNC Pembroke and began his MS in Accounting through UNC Greensboro’s Bryan School of Business and Economics.

Through his education and work in the arts, he has come to describe himself as a “passion-driven accountant,” because he finds believing in the work he is doing is crucial to staying motivated. This is why he has found his involvement in Staff Assembly so rewarding: because it is hard work that yields results in supporting the incredible staff of the UNC System. He has spent the past two years as Secretary and would be honored by the opportunity to continue to serve in a new capacity.

It is an honor to be nominated for the At-Large Delegate seat.

During the last ten years, I have had the privilege to serve as an UNCG Staff Senator of various positions; chair of the Service Committee, co-chair of the Elections Committee, past co-chair for two years, bylaws committee and more than seven years on UNC Staff Assembly. What starts as a conversation, becomes action. This has become my motto. I have implemented this maxim by fostering and developing ideas to support and empower staff with the results.

Here are some UNCG highlights over the past year: Currently, I’m serving on the APIC (Asian & Pacific Islander Caucus) UNCG Chapter since June. Also served on the Ombuds Task Force serving alongside UNCG Faculty Senate and Staff Senate from May through July. Initiated regularly scheduled zoom calls with staff in my unit and others across the UNC System until we started transitioning back to campus this past July. I continue to work on the Janet B. Royster Memorial Scholarship Fund, in order to advance the funding of staff scholarships. Last March, I was appointed to fulfill the remaining At-Large Delegate term when Ronnie Bell retired.

Community service is my passion. Animal rescue during natural disasters is a particular calling of mine. In 2005, I was allowed to travel to New Orleans to work on post-Katrina relief efforts.

The At-Large nomination would provide me the opportunity to continue to commit my time and service to North Carolina’s higher education. Providing a voice and support to the staff has become an important part of my life.

Thank you for your consideration. 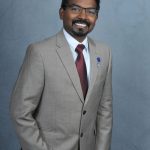 In his spare time Velappan is teaching Tamil language on every Sundays for the past 10 years in Cary, NC at the Cary Tamil School, accredited by North Carolina Wake County Public School System for teaching Tamil Language which satisfies the Foreign Language requirements for High School Students. He enjoys volunteering at the “Durham Branch of the Food Bank of Central & Eastern North Carolina” and as a photographer for various events like “Walk for MS” in Raleigh, Special Events at “Sri Venkateshwara Temple of North Carolina” in Cary.

I am honored to be nominated for Parliamentarian position again and request your support. I have been involving with FSU’s Staff Senate for the last twelve years as a Senator, Vice-Chair, Chair and currently serving as an Executive Officer; As an FSU’s Staff Senate’s Vice-Chair for 2014-17, I have endeavored to integrate the goals of Staff Assembly into our Staff Senate. I also been served as an Executive Officer for the last nine years and was involved in several roles; including implemented the first Newsletter Publication for FSU Staff Senate in February 2016, implemented a new Staff Senate Grant in April 2016, serving as a chair for Election Committee for 8 years, and a member of Employee of the Year and Hospitality and Events Planning committees. I am also part of the By-Laws Committee for the last eight years at FSU Staff Senate, in which I learned about the policies and procedures for any By-Laws changes and amendments. I also been honored as 2014-2015 Employee of the Year and Mr. FSU Staff.

I have been a part of the UNC Staff Assembly for the past eight years. In my time as an Alternate, Delegate, and At-Large-Delegate and Parliamentarian, I have served in many capacities, including one of the official photographers in Chancellor’s Cup Golf Tournaments for several years, served as a Chair for Nomination Committee for 2018-19 and conducted staff assembly elections for the last three years. I also served as a Chair for J.B. Royster Staff Scholarship Committee for 2018-19 and we had 56 applications for the first time and served as a Chair of Erskine B. Bowles Staff Service Award Committee in 2019. I was involving with the process of revising our Staff Assembly’s By-Laws and all the Executive Officers’ position descriptions. In my role as a Parliamentarian for the last two years, I have been served as a Chair for a committee to update our Staff Assembly’s Procedures Manual. We successfully updated the Procedures Manual in October 2020 after 4 years to align with our current Bylaws.

Therefore, if I am honored the opportunity to be a Parliamentarian again, I will work with the new chairperson, executive team, and other delegates on all matters of parliamentary procedures according to Robert’s Rules of Order, and I would ensure that all meetings are conducted according to the Staff Assembly’s Bylaws and Procedures. I have had an opportunity to connect closely with the coworkers we serve and represent. The experience has been quite rewarding and I am proud of the contributions I have been able to make in helping this organization serve the staff across our university system. I enjoy responsibility and believe that my experience, professionalism, and proactive demeanor are a perfect match for what this position requires. 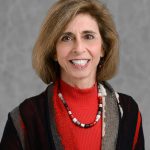 I am honored to have been nominated for the role of Secretary, and am excited at the potential opportunity to continue to serve the UNC System Staff Assembly and the System staff members it represents. Now more than ever, with the additional challenges and stresses imposed by COVID, Staff Assembly serves a critical role in advocating on behalf of staff. This is my fourth year as a member of the UNC System Staff Assembly, and my 19th year as an employee of NC State University. I place a high priority, both personally and professionally, in giving my time and talents to serve others in my communities. In addition to my past roles as chair-elect, chair, and past chair of NC State’s Staff Senate, I continue to represent and promote the interests of staff members by serving as an ex officio member of the Council on the Status of Women, on the leadership teams for the Staff Women’s Network and Key Haven, and on various committees such as the Group Insurance and Benefits Committee and the Sustainability Council. My role as a marketer gives me the documentation and communication skills essential for the role of Secretary. I would also bring to the role commitment, dedication and passion at being able to continue to work on behalf of UNC System staff at this higher level. My academic background includes a B.S. in management and finance from Case Western Reserve University, an MBA in marketing and international business from NYU’s Stern School of Business, and an Ed.D. in higher education administration from NC State. 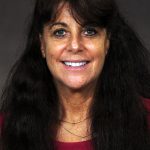 Shayna Hill received her Bachelor of Arts in Dramatic Arts from the University of North Carolina at Chapel Hill. She spent 20 years in New York and Los Angeles pursuing a career in acting, writing and directing. She also performed improvisation comedy with the Los Angeles Second City Touring Company and the Second City Alumni Players. She originated the role of Natasha Harrington on the popular soap opera One Life to Live, and starred in the movie short A Moment of Silence.

In December of 2014 Shayna completed her Master’s degree in Public Health at the Gillings School of Global Public Health at UNC Chapel Hill while working in her full-time position. She began her work in Staff advocacy in 2016 by serving as the Treasurer and then the Chair of the UNC Chapel Hill Employee Forum. She served four consecutive years as the Chair. During this time, she helped lead the campus through the protests and subsequent removal of the confederate monument, the changing landscape in the state healthcare plan, the resurgence of violence and civil unrest experienced nation-wide, and the biggest global viral pandemic of the century. It was for her work as the Chair of the Employee Forum that Shayna received the prestigious 2021 C. Knox Massey Distinguished Service Award for unusual, meritorious, or superior contributions by a University Employee, as well as the 2021 Arnold D. Kaluzny, PhD Distinguished Alumni Award from the UNC Gillings School of Global Public Health.

Shayna is delighted to have served as the Vice Chair of the UNC Staff Assembly for the past year and is eager to continue serving the broader UNC System community in this role.